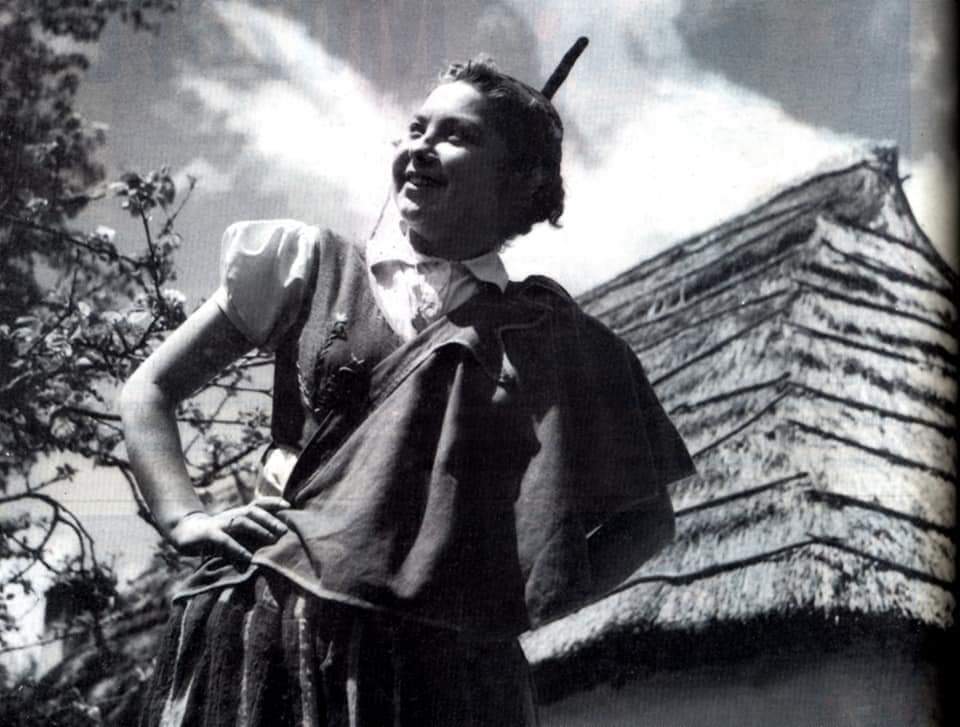 Born in 1926, on the 13th of May she lived her whole life in Camacha, although, still in her childhood, her parents and siblings moved to Funchal.

Since she was little she sang and participated in the parish festivities and pilgrimages. She married Abel Policarpo Freitas in 1957. She was a modiste, in particular, in wedding dresses and sewing teacher.

They did many national and international tours, being Maria Ascensão – or “Loura da Camacha” (“the blong girl from Camacha”) as she became known – the most well-known figure, cherished and appreciated by the public in the places where the Grupo Folclórico da Casa do Povo da Camacha passed.

She passed away in 2001 having been honored more than once during her life and also posthumously:

“An opening of doors to the female world, and a fair tribute to the great woman who was in recognition for the service provided in the preservation of the tradition of Camacha and Madeira. On August 9, 2002, she was honored posthumously, and the International Folklore Gala Maria Ascensão was created in her memory, a great festival of music, dance and island culture ”[iii]. Maria Ascensão became widely known as ambassador of Madeira and popular Madeiran culture, her image is inseparable from the Grupo Folclórico da Casa do Povo da Camacha, the oldest folk group in Madeira, also recognized as one of the ambassadors of the island’s culture.